Following the “hot” news stories is not what I do, but a recent one that got my attention is the incident in Steubenville, OH where a 16 year old girl was raped and onlookers broadcast it on their social media networks instead of getting help.

Those that chose to treat as an event worthy of tweet and social media broadcasting instead of calling for help are (IMO) just as guilty as those who physically committed the crime.

Our culture is insensitive to victims of rape, especially when the victim knows her attacker(s) and/or alcohol/drugs are involved. But what about the attitude of young people toward all this… is rape just a part of the casual hook-up culture among young people these days?

Were those kids really that indifferent? Too scared to be a courageous bystander? Was it just another party? Consider this snippet from an article in The Christian Science Monitor:

Without some forum for discussing these societal images and counteracting their influence, teens’ sense of right and wrong can be obscured.

“Students should have the opportunity to have conversations about media literacy and the understanding that what we see in the media is not always a great reflection of consent,” says Ms. Rosenstein of Advocates for Youth.

What if this 16 year old were your daughter, sister or cousin? Where do we draw the line?

Men Can Stop Rape is an international organization that mobilizes men to use their strength for creating cultures free from violence, especially men’s violence against women. They recently launched WHERE DO YOU STAND?, a new bystander intervention campaign for college men.  WHERE DO YOU STAND? positively portrays young men as vital allies and invites all men to consider their own stance on men preventing sexism and sexual assault. END_OF_DOCUMENT_TOKEN_TO_BE_REPLACED

Since my first two books were published earlier this year,  I’ve met countless “almost-authors” who have one or more books that they haven’t finished for various reasons. A few have even bought my book as inspiration to finish theirs. They’ve said they need to stop being  perfectionists, focus and find time to write, or get organized.

Schedule It or Forget It

I can’t help you with that first point. Your desire for perfection to bring your book the best of your standards is a personal thing. What I can tell you is that if you have anything important you need to do, and another year has gone by without you making strides toward achieving that goal, you need to schedule it. Break up your goal into small tasks you can do in an hour or two per week, and then add the tasks to your calendar or smartphone. If you’re like me, then what doesn’t get scheduled doesn’t happen. 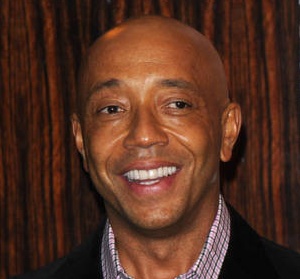 On my next-to-last day in L.A., I was excited to see hip hop icon and mogul “Uncle Rush,” a.k.a.  Russell Simmons, 53, up close and personal.  He and author/Executive Director of the GRAMMY Museum Robert Santelli (who interviewed Motown godfather and mogul Berry Gordy the day before) sat in director chairs on the stage and talked in a small theatre-style room at the GRAMMY Museum at L.A. Live. Simmons drove himself to the venue on that rainy evening and talked about his new book, Super Rich, coming up in the hip hop game, race, and relationships (in music and in life). END_OF_DOCUMENT_TOKEN_TO_BE_REPLACED

Before attending Seize the Day, I had never heard of Tom Hopkins, who has a real estate record of selling 365 homes in one year, and I barely knew who Bill O’Reilly was (political pundit and host of Fox News’ show The O’Reilly Factor) since I don’t watch any real political/”newsy” shows. However, they both dropped a few interesting gems in their short time onstage. What follows are some of my notes. (If you’re not in sales, Hopkins’ speech will still help you understand what is happening when you are approached in a sales scenario.)

END_OF_DOCUMENT_TOKEN_TO_BE_REPLACED

Women Are Called to Ministry, Too

The controversy about women in the pulpit continues to pervade Christian society in America. The September 2008 issue of the Fayetteville, GA-based Gospel Today magazine featured five female pastors for its cover story, but Lifeway, a Christian bookstore affiliated with the Southern Baptist Convention, pulled this issue from their magazine displays. Their decision to do so is based on the scripture passage 1 Timothy 2:11-15.

END_OF_DOCUMENT_TOKEN_TO_BE_REPLACED

Lost? This post is part 3 of a series. It will all make more sense to you if you read the previous posts (Part 1 and Part 2) before proceeding.

“Family and devotional time is on the top of my list—it is what keeps everything else moving forward,” Sharon affirms.  When either of them are ignored or lowered on my priority list, I am less productive and totally not fulfilled.”

Adequate family time is a priority in the Hurst home. “Being a responsible mom is a major thing for me,” Denise says, whose three children are sons Jeremiah, 9, Dynnell, 6, and Sean, 2, with another son due this month. “I’m raising African-American men in today’s society. I want them to be well-rounded and secure in themselves.”

The Hursts are also cautious about the “PK” (preacher’s kid) syndrome. “Germaine and I do not want our kids to grow up and resent the church. I don’t want them to think, ‘The church took my mom and dad from me.’ So to avoid that attitude later, we make sure we do things together—just us.”

END_OF_DOCUMENT_TOKEN_TO_BE_REPLACED

A result of “going natural” (not relaxing my hair with chemicals) that I haven’t mentioned before is a greater awareness of all the chemicals in commercial products, especially in the health and beauty industry. I’ve learned about some things that affect all of us who use toiletries–men included. But first I’ll talk about something we use every day: water straight from the tap–whether it’s in our shower, or at the sink. END_OF_DOCUMENT_TOKEN_TO_BE_REPLACED